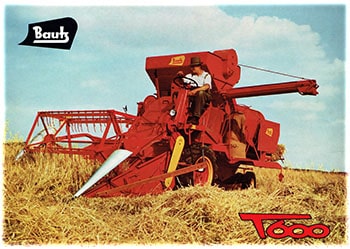 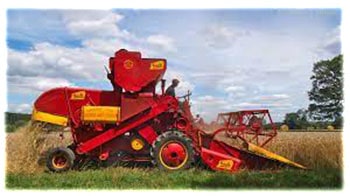 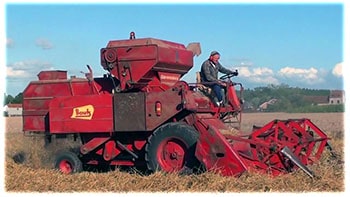 The company was founded around 1900 as a factory for harvesting machinery. In 1935 the founder Josef Bautz bought an additional hall in Großauheim near Hanau in order to produce agricultural tractors there, but it has been established that only a few prototypes were built. In 1939, the production hall was confiscated and used to manufacture war equipment. Instead, the production of harvesting machinery was allowed to continue in Saulgau. In 1958, Bautz presented the first self-propelled combine harvester, the Bautz T600 model. In 1966, Bautz launched a completely new generation of combine harvesters. The Bautz 1110 and 1111 combine harvesters, which were available in series from 1968, were equipped with four shakers. The last Bautz combine harvester models rolled off the production line in 1972.